Basic Requirements for Hiring a Domestic Helper
There are a number of basic requirements that prospective employers of domestic helpers must satisfy before they are eligible to hire a domestic helper. The most notable ones are:

1. You must be a Hong Kong resident with monthly household income no less than HKD 15,000 (or assets of a comparable amount), so that you can reasonably support the expenses for the entire period the domestic helper is contracted.

2. The helper must only work and reside in the contractual address. In addition, the employer must provide the helper with either food or a food allowance along with suitable accommodation and a reasonable amount of privacy. 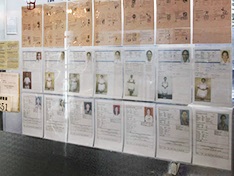 Domestic helpers can be employed by yourself directly or via an agency. If you are looking for a domestic helper yourself, it may take some time searching online for one that matches your needs. You can alternatively ask for referrals from friends or take out an ad on supermarket bulletin boards.
Whilst an agency would take some work off your hands, there are some ethical considerations to take into account before doing business with an agency. Many agencies for foreign domestic helpers charge illegal placement fees for the domestic helpers that they train, which can amount to 5-9 months of the helper's salary (with numbers commonly exceeding HKD 10,000) along with extremely high interest rates. These scenarios result in domestic helpers being bound to their job and employer by their debt; what the United Nations labels as a form of “modern-day slavery”.
Detecting and avoiding these sorts of unscrupulous agencies is not always easy but fair agencies do exist. These social enterprises aim to connect domestic helpers with prospective employers with no predatory loans and training fees attached. Notable examples of such enterprises are the Fair Employment Agency and HelperPlace which both look to provide ethical matching platforms for employers and domestic helpers.
Hiring a domestic helper without an agency
To hire a domestic helper who is currently abroad, you need to apply for their entry Visa. This process requires the following:

2. An original copy of the standard Employment contract in addition to 3 other copies for the employer, the consulate, and the helper to keep.

3. A copy of the employer's Hong Kong Identity Card or relevant travel documents

4. Financial proof of the employer's earnings. These can include bank statements that show the employer's auto-paid salary for the past 3 months, salary statements/slips, or latest notices of assessment issued by the Inland Revenue Department. 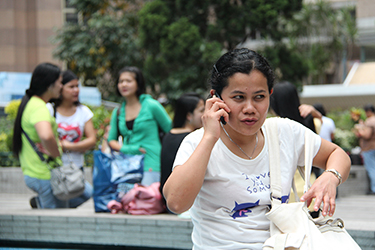 1. Bear in mind that the domestic helper is entitled to the same labor rights and benefits and protected by the same anti-discrimination laws as their local counterparts.

2. If you're looking to employ a domestic helper, it will be useful to have a written guide prepared for them in addition to vocal training when they are introduced to your home. This will better guarantee that the helper will quickly adapt and acclimatize to your home's specific needs.

3. There are social enterprises in Hong Kong that exist to improve a domestic helper's skill set and it might be worth your while enrolling her/him to such classes should you find it more difficult to train him/her yourself.