How Will the Extradition Bill Affect the Hong Kong Property Market?

17 July 2019 - The recent and ongoing protests surrounding the proposed extradition bill have rocked the city and the international community.  There have been innumerable media reports describing how political motives could lead to manipulation of the legal process and unwarranted extradition. This article won’t duplicate this coverage but will summarize the relevant aspects of how it could impact Hong Kong’s property market specifically.

Briefly, the extradition bill is an amendment of the Fugitive Offenders Ordinance that would allow extradition to China, Taiwan and Macau (in addition to countries already listed in existing laws).  It lists 37 offences for which people could be extradited, the vast majority of these being violent or heinous in nature.  By themselves, these might not be generally be seen being as against the interests of Hong Kong’s society.  After all, we don’t want to be a safe haven for people accused of the most despicable of crimes, particularly those in neighboring countries who could more easily flee to Hong Kong.

However, some offences are open to interpretation such as “false accounting” and offences “involving fraud”.  Furthermore, the bill would enable extradition for conspiracy to commit such crimes, ostensibly requiring a lower burden of proof.

In addition, a lesser-discussed aspect of the bill would enable the Hong Kong government (or the Chinese government as many fear) to seize assets of the accused, particularly if the offence in question – real or manufactured – relates to financial crimes. These potential threats to the freedoms that have led Hong Kong to flourish and could negatively impact to HK’s property markets in several ways.

This is the most obvious and fundamental risk.  Fear and uncertainty, even in the absence of actual strong-arm actions by China, undermine confidence in Hong Kong’s future.  If people lose confidence, they may not make long-term investments in hard assets such as property, ultimately reducing demand.

If assets including property can be seized as a result of the extradition bill, Hong Kong’s wealthy have incentives to move more of their assets offshore. There have been some reports of this already starting to happen, though this unlikely to have been significant for the time being.

A general loss in confidence could lead people to migrate assets even if they have no direct fear of being extradited.  This happened to some degree leading up to and after the 1997 handover, though the dramatic growth in property prices in the years following indicates that capital can return as quickly as it leaves, once confidence has returned.  In other words, capital flight can be merely temporary and can quickly reverse.

Hong Kong’s economic growth could falter if the financial sector overall suffers as a result of capital flight, or if Hong Kong becomes significantly less attractive because of a perception having a legal system that is less independent from political forces.

However, it would take a dramatic series of events for this to occur.  Not only would an extradition bill need to be passed that is very similar to the current draft (which is unlikely, in our opinion, as discussed below), but there would need to be clear instances of people being extradited for political reasons.  Only then would “possible concerns” become a reality that has any real impact on Hong Kong’s economy.  But if this occurred then property prices could suffer directly from a decline in GDP.

Property developers may become reluctant to invest in creating new supply.  While low supply generally leads to higher prices (one of the drivers of Hong Kong’s historically high property prices), this would be a reflection of both developers’ desire to shift focus offshore and a reflection of decreased demand.  Essentially a stagnation in the property markets.

Importantly, these factors are all intertwined and would likely move in tandem.

In my opinion, a crash is neither a certainty nor a strong likelihood.  Hong Kong has too much going for it economically.  Although the bill has led to significant controversy (to put it mildly), its suspension is a sign that this was perhaps a simple case of the government not foreseeing how the Hong Kong people would perceive the bill, despite potentially good intentions (in terms of seeking to expanding the ability to real criminals).  With the suspension of the bill, the government has hopefully listened to the people in an effort to affirm its place as an independent body.

I recognize that not everyone sees the government’s actions in this light, and that many believe that it has been heavily influenced by China. This is hard to know with certainty and I am not commenting on this possibility, to be clear.

However, if an extradition bill (which does have some moral basis) is revisited down the road, it will almost certainly be meaningfully modified from its current form through a process of intense scrutiny.  The public’s focus on the bill is simply too fierce for concerns not to be addressed.

Furthermore, if an extradition bill were ever to be enacted, Hong Kong’s sensitivity to its freedoms would make it incredibly difficult for China to impose itself directly on our people via extradition. Any cases involving potential extradition would become the sole focus of the media and the entire Hong Kong population. Even the slightest suspicion of China steering the legal process would lead people to revolt, and likely on a scale we haven’t yet witnessed. People may be suspicious of China’s motives when it comes to our freedoms, but I don’t believe Beijing wants to destroy Hong Kong’s economy and global reputation just 30 years before it fully reverts to China.

Finally, although it is too early to cite concrete data across the market, at OKAY.com we have not seen a dramatic slowdown in activity.  Indeed, within a few days of the most recent protests, inquiries for purchases returned to roughly pre-protest levels and have continued as such.  In other words, people are still keenly interested in investing in Hong Kong for the long term, or to make the decision to invest (own their property) instead of renting.  The same has been true of the broader stock market, with the Hang Seng Index rebounding 4% in the 2 weeks after the June 16 protests.

This suggests that the Hong Kong people retain their optimism for Hong Kong’s future - and sentiment is what ultimately drives real estate markets. If the government withdraws the bill entirely or adopts significant amendments to address people’s concerns, the bill itself should have little impact on the real estate markets.

In summary, I expect property prices will continue to be influenced far more by global political and economic events than by the bill or the protests.  Assuming there are no major changes in the environment, it is likely that the property markets remain stable, with perhaps a mild uptrend for the time being.

* Please note: This article is not intended to comment on the extradition bill or the government’s actions. It is written purely to provide a perspective on how an extradition bill might impact the property market. Nothing in this article should be construed as providing investment advice. 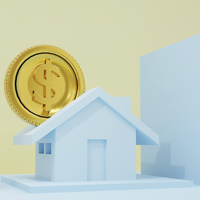 12 May 2020 - They say that the first casualty of war is the truth. Today with the current full throttle global war on the corona virus underway, predictions of future events often seem to be negatively overblown and exaggerated.Take for example New 27 May 2020 The right fit Given the current Covid-19 pandemic scenario, it’s no wonder that people in Hong Kong have turned to buying pets to help them find trusted friendship and companionship to see them through the current extended sequestration