30 March 2015 - Following the new MTR extension, new land for potential property developments in the Western District is in high demand. In the recent District Council meeting concerning the development of west Kennedy Town, the proposed rezoning plan gained general support despite some expressing their worries about the community’s carrying capacity.

Outlined areas to be rezoned and redeveloped include the ex-Mount Davis cottage area on Victoria Road, the Hong Kong Academy temporary campus and former Police Married Officers Quarters on Ka Wai Man Road, as well as the ex-Kennedy Town Incinerator and Abattoir site on Cadogan Street. The project is expected to provide about 3,000 public and private residential units.

District Councilor Nelson Wong, however, doubted whether the community’s traffic and recreational facilities could cope with such a population increase. He suggested building a park with underground car parking spaces in the rezoned Cadogan Street area to mitigate this. Eric Ma, Secretary for Development, said that the authority will urge developers to provide 200 parking spaces for the area.

For the long-discussed redevelopment project regarding the district’s half-century old buildings, the Housing Authority admitted they have no plans to implement it after considering the costs and effects to rebuild and relocate, which will foreseeably increase the public housing burden. 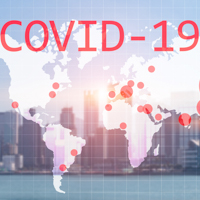 Tight on time? Let our expert agents do the searching for you!