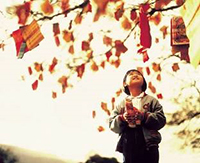 Hong Kong is a multicultural city that celebrates both Eastern and Western holidays. Regardless of religious beliefs, the entire community observes the major Chinese festivals and other holidays held throughout the year, with fantastic celebrations in town in addition to the option to head out-of-town for a long weekend.


As a Chinese-oriented city, half of the public holidays in Hong Kong are related to Chinese festivals.

Foremost is the Lunar New Year, which usually falls in late January or early February based on lunar calendar and have a 3-day public holiday. Family and friends traditionally gather on the first days to wish each other good health, happiness and fortune. They exchange gifts, usually fruits and sweets, whilst children and unmarried adults receive red packets called “lucky money”. The weeks prior to the festival are spent cleaning one’s home and buying new clothes and household goods to begin the next year anew. Like Christmas, Chinese New Year is a time of goodwill, and everything is adorned in festival flowers or bright red and gold wrappings with auspicious wishes written on them.

The Ching Ming Festival is also one of the important Chinese festivals in Hong Kong, which falls during the spring (usually April) and is an occasion to visit one’s ancestral graves. This festival marks a time when families traditionally visit the graves to clear away weeds, repair gravestones, and make offerings. Ancestral worship is so endemic to the Chinese culture, that Protestant missionaries to China could not make any headway until they made allowances for this practice. 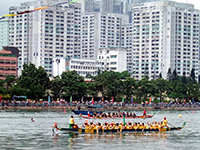 The Tuen Ng or Dragon Boat Festival in the fifth moon (usually June) commemorates the ancient scholar statesman, Chu Yuan, who chose to drown rather than compromise his honor. His supporters tossed lotus leaf-wrapped rice dumplings into the river so that the fish would leave his body untouched. Modern day tradition embraces the human consumption of these treats, leaving the fish to fend for themselves. The day also sees the Hong Kong International Dragon Boat Races, when crews paddle in a long skiff decorated like a dragon to a coxswain beating a drum. Teams of contestants come from overseas to participate. 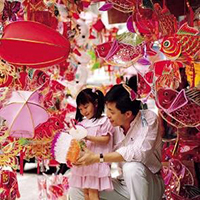 The Mid-Autumn Festival falls on the full moon in the eighth moon (usually September) and marks a time when families gather under the full moon with colorful lanterns and enjoy mooncakes, fruit and wine. Its origin lies in the legend of the Emperor’s beautiful but vain daughter, who tried and failed to attain immortality by flying to the moon, and can only be seen when the moon is full. The tradition of the mooncake comes from a rebellion against the tyrannical Yuan Emperor in the 14th Century, when messages to revolt were sent to the rebels hidden in moon shaped cakes.

The Chung Yeung Festival in autumn (usually October) is also a time to pay respect to one’s ancestors and commemorates a Han Dynasty family who, on the advice of a soothsayer, fled to the mountainside and thus avoided a disastrous plague. Modern day families continue the tradition by going up to a higher point.

Other important Chinese festivals in Hong Kong, but without a public holiday attached, are the birthday of Tin Hau (usually April), the Yue Laan Hungry Ghosts Festival (usually August/September), the birthday of Confucius (usually October) and the Dong Zhi Winter Solstice (21st or 22nd December). Different celebrations and activities will be held for each of them. Join and experience Chinese traditions if you are free!